A precocious juvenile stakes-winner by Hinchinbrook, Unite and Conquer brings a pedigree packed with Golden Slipper speed to stand at Matthew Sandblom’s burgeoning Kingstar Farm in the Hunter Valley this spring.

“He’s a big imposing colt with muscle on muscle, a real speed horse,” said Adrian Bott after that win.

“He’s a special colt. He’s showing us all the attributes of special colts we’ve had in the past like Pierro, Vancouver and Sebring.”

Sadly, Unite and Conquer injured a tendon when unplaced in the MM 2YO Classic and was ultimately retired without another start claiming two wins from just three starts. 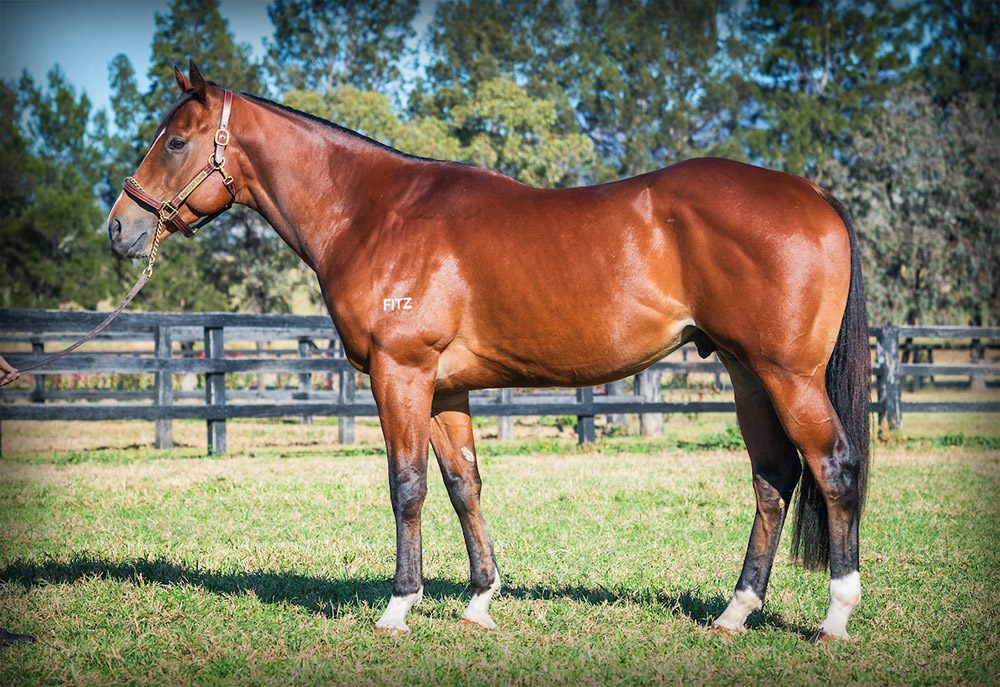 Other Golden Slipper winning sires in his pedigree are Flying Spur, Danzero, Marauding and Vain, who appears twice.

“United and Conquer has the sort of two year-old pedigree and race record, albeit cut short, that we value in a stallion and once I’d had the chance to see him earlier this year I knew he’d impress breeders on type.

“It’s been a long time since many have laid eyes on him and let me assure you, he’s as impressive as he was on the track. The 16 months off due to injury may well be a blessing going in to the breeding barn.”

Unite and Conquer has been priced at $6,600 and there are breeding rights available. He has just arrived at Kingstar Farm, so is available for inspection by appointment.